People often claim that instructors who give inflated grades do so to obtain higher evaluations from their students, but I don’t buy that argument. Sure, the students will happily accept the inflated grades, but they still won’t respect bad instruction and will mostly say so on their end-of-semester course evaluations. The anticipated quid pro quo just doesn’t work very well, perhaps because the instructor has no way of enforcing it.

Instead, I think that instructors give inflated grades to buy peace. The higher the grades an instructor assigns, the less students will complain to the instructor and the easier the instructor’s life will be as a result. Across each campus and society in general, grading is an arms race and no instructor wants to stand out as giving the lowest grades. Apart from a few curmudgeons who relish being hardnoses and intimidate their students, the harsh graders will end up enduring lots of student complaints about lower-than-expected grades.

Instructors have every incentive to give their students artificially high grades. They get peace and they may even get some measure of vacuous popularity. The same goes for departments and even for entire schools. Since giving a B or C risks conflict and discord, why give anything less than an A? In a world where normative data are secret, there is simply no direct cost to giving high grades; it’s a free lunch! Of course, there is a small indirect cost to inflating grades. When everyone gets A-range grades, there is no dynamic range left and all classes become essentially pass-fail: an A is passing and every other grade is failure.

There is a simple way to stop this arms race: publish normative data. In other words, let the whole world know the average grade in every class, every department, and every school. Apart from having to meet FERPA requirements (student privacy), this disclosure would eliminate most incentives for giving steadily higher grades. An instructor would no longer be able to buy peace with inflated grades. Suddenly instructors would be able to use the whole range of grades again to truly distinguish the excellent from the middling from the mediocre. If it were widely known that the average grade in a particular class was a C, a student could once again be proud of getting a B. And if an instructor really felt that all of the students in a class deserved A grades, let that instructor defend that belief as part of the normative data.

In any case, no one should ever take a student’s grades too seriously. I’ve learned from long experience just how hard it is to assign meaningful grades, even though I teach a physical science with relatively little room for subjectivity. Students are so different how they think and learn that it’s hard to use a one-dimensional measure to represent a multi-dimensional educational process. Personally, I need a broad dynamic range just to limit the effects of measurement errors. For twenty years, I’ve kept my average grade at a B and made good use of the whole spectrum from A+ down to F. Because of how challenging it is to measure student performance meaningfully, I can’t claim that there is any significant distinction between students whose grades differ by a minor step (e.g., between a B+ and an A-). I think, however, that there is a real distinction between those whose grades differ by major grade steps (e.g., between a B and an A).

Finally, I hope that everyone who encounters my former students will look beyond grades to see for themselves what those students have learned and what they now know. Education isn’t meant to be a hazing or weeding out ritual; it should teach something. Student should emerge from school with something wonderful between their ears and it should show. If it doesn’t, what have we been doing? 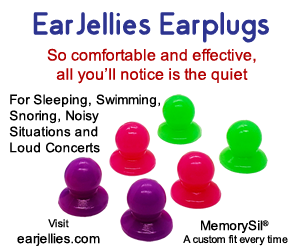